A few weeks ago my mom and I were out yardsaling and we met a jazzy, snazzy 83 year old man named Mr. Henneke. He had a small little setup, one table and a few tables in the garage. It took us just about 30 seconds to realize this man was a treasure dealer, this wasn't no crap pack yard sale we were at. We were buyin up lots and lots, talkin to him lots and lots (he had some really neat stories and he was sharp as tack in wit) He told us he had more that he wanted to put out but the teen boy who was set to help him had cancelled last minute. Of course, I offered to fill in for that inconsiderate young man. And to my pure delight Mr. Henneke was game :)  So out came more and more boxes of treasure. He was a dealer back in the day and had loads and loads of old stuff. 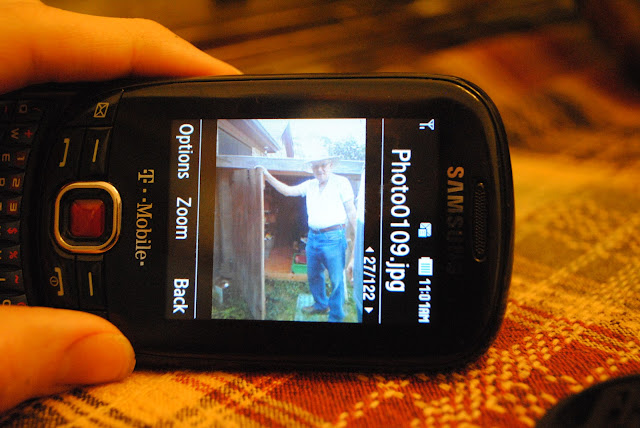 Before we left we had drummed up quite a lil friendship. We exchanged numbers and I'm set to help him this Saturday with another yard sale (been 10 years since a man gave me his number, wink wink). What an awesome birthday treat, I couldn't think of a better way to celebrate :) So while most others will be at the bar/club on their big 3-0 , I'll be in a musty, dark storage room workin up a sweat. And lovin every minute.
Here's just a few things he sold me dirt cheap....... 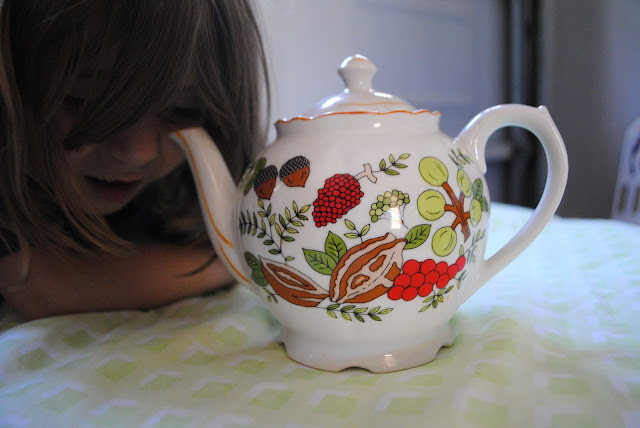 Have ya'll ever seen one of these? It's a bread warmer that plugs into the wall.
Fanc-ay!

Sarah really wants to be involved  and I like to let her feel like she's doin "important work" with mommy ;)