Livin with my parents has been trying but there have definitely been some highlights. One of them is hobnobbing with my nephew Erik. This past week we've been workin on a school project. And not just any old science project, folks. The assignment was to make a "character mole".
Yes, a mole. 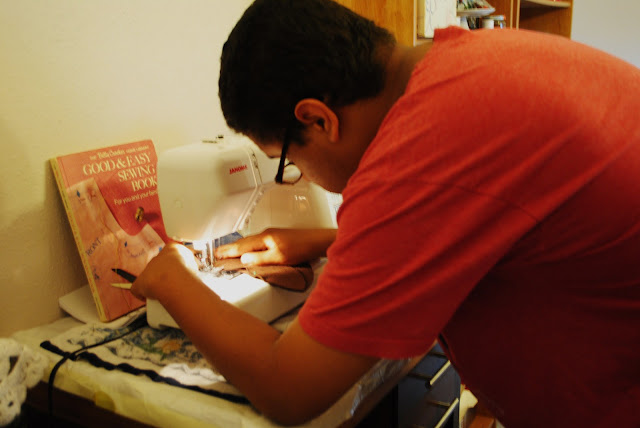 Dang right I made him do the sewin. It's a pleasure to see folks sharin in the things you love, even if they be forced. I convinced Erik he needed some eyelids. To appear more "moley" and blind. 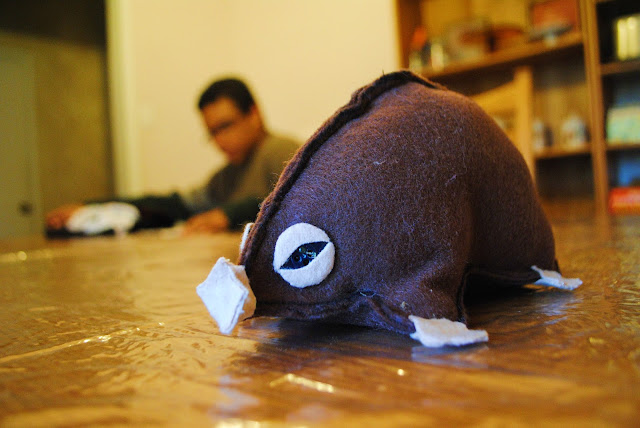 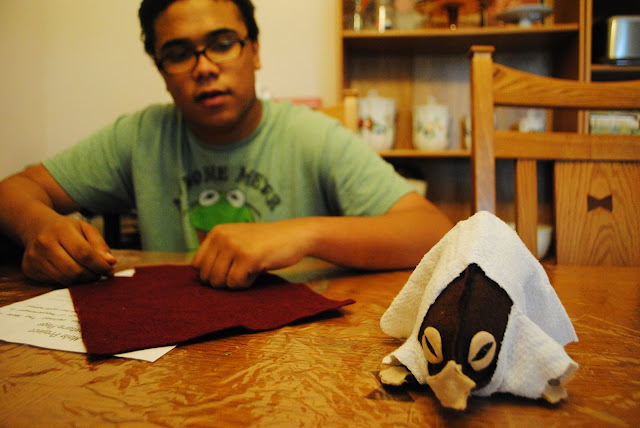 Had to help him with the robe. It's been so long since I made a mole robe and I couldn't verbalize how to do it. Just had to let my hands do the recollectin ;) 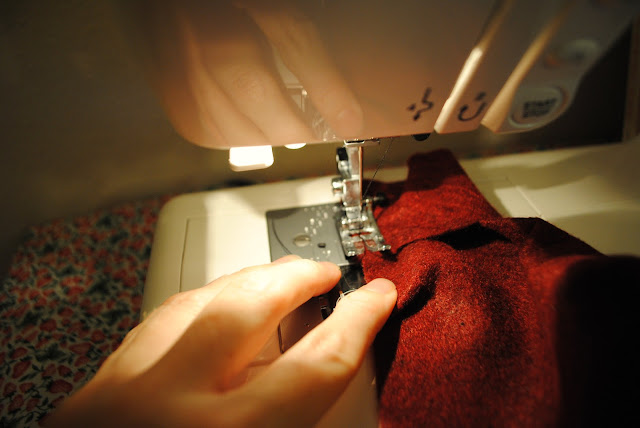 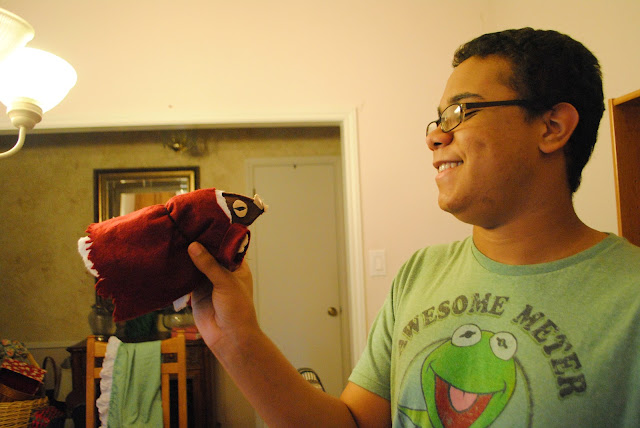 Yeah, Ava was a little put off and didn't know what to make of this fella. 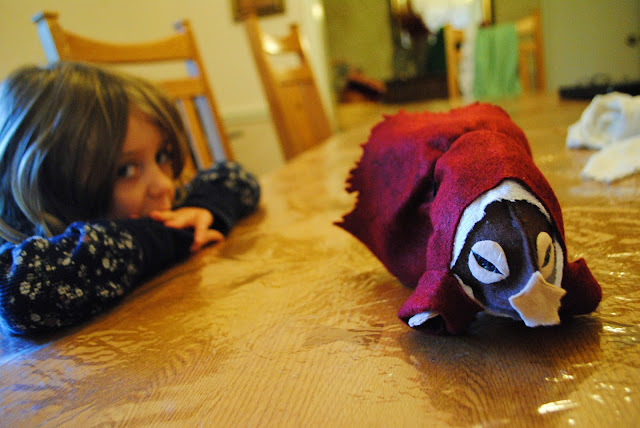 Bein Christmas time we had some fake snow handy for beardage. 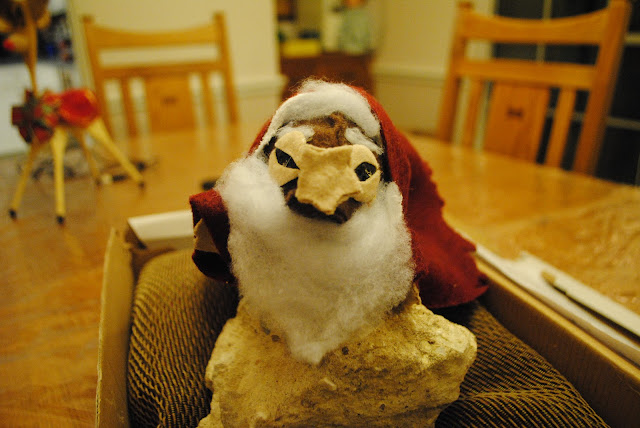 Okay, this Mt. Sinai really isn't "scale". But we're just workin with what we got. Moleses looks so naked without his ten commandments and staff but I have to resist the urge to whip some up tonight while Erik sleeps. This is his project and he needs to take responsibility. But gosh, it's killin me not to finish those last little touches...... just doesn't seem right. 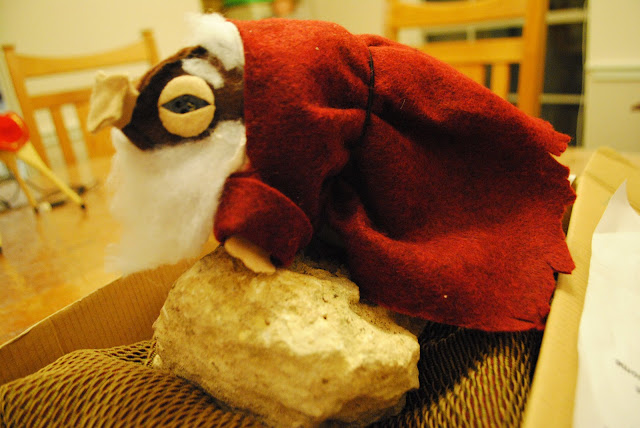 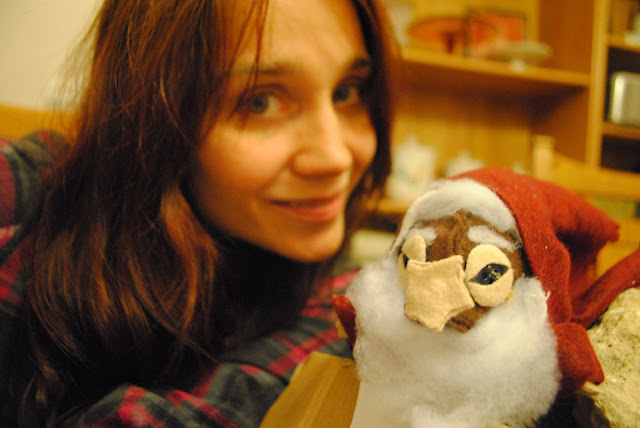 In the last year I have taken self pictures with dolls, toys or other inanimate objects about 5 times more than with another human being. And I'm happy and okay with this. 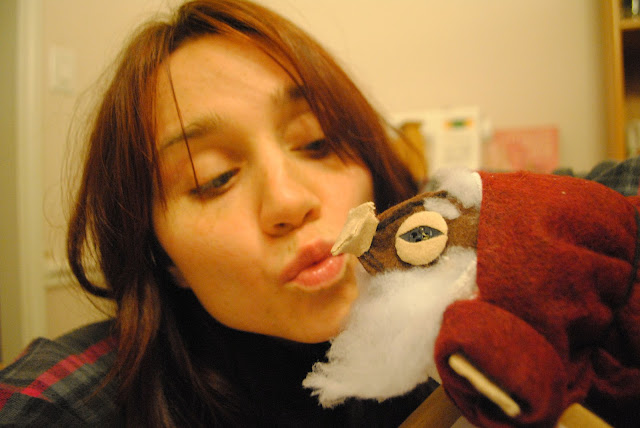