Master of his Universe


Just want to introduce you to a gem of a guy, a waft of fresh air in today's murky Jersey Shore, Katy Perryesque, Teen baby drama land. This is Erik, my 16 year old nephew. He has enthusiastically agreed to let me show him off on my blog. I'm pretty sure he doesn't know what blog means but hey, he's game.

I mentioned him in one of my first posts as a pipe cleaner extraordinaire and today I will display his gift. 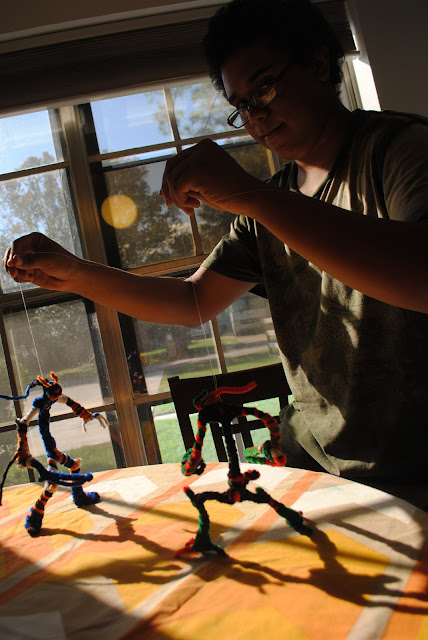 He makes these characters, these "warriors"  and gives them an incredibly detailed back story and history. For the longest as he talked about them I thought they were recreations of characters from some game he played. His in
depth stories of their "battles", their betrayals of and alliances with one another, their planets of origin, their temperaments...... 100% nerd fodder. I was impressed with the depth of his imagination. He spends most of his time RPGing and has gone the way of far too many creative teen souls. Through the Gateway of Game System Succubi down into the valley of Creative Potential Coma...... How can I rescue him, I ask myself? I can totally relate to his creative retreat. I can relate to the lack of family enthusiasm that deadens the artistic nerve..... I am trying to fan his tiny flame. Blowin the embers, engaging him in conversation over his "craft" and even here now in this expose. He was so alive as he demonstrated their little weapons and unique abilities/powers. Passion poked it's tiny head out for a brief moment.
So, if you've got a minute, take a look. Take a minute to appreciate one young man's hidden and under appreciated talent. It's a gift. 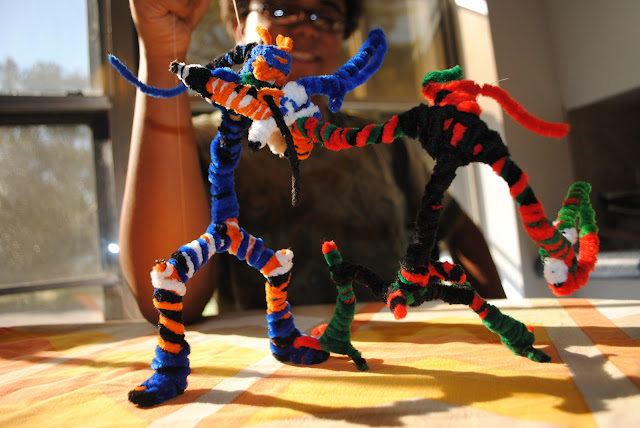 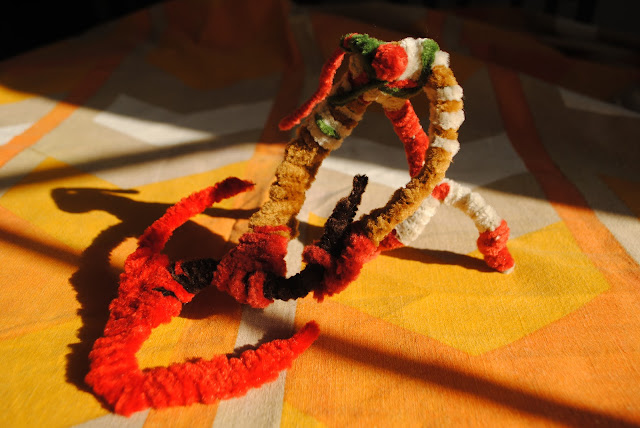 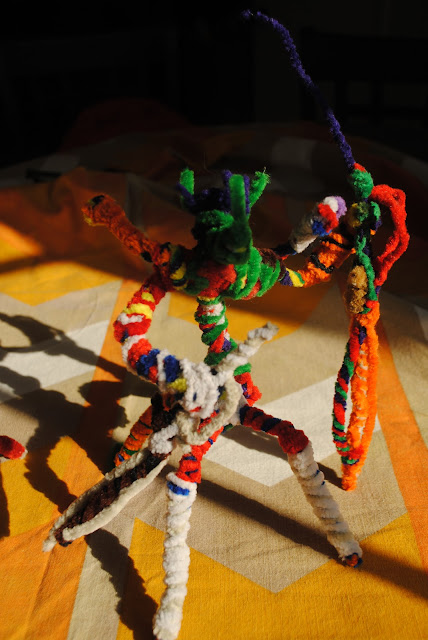 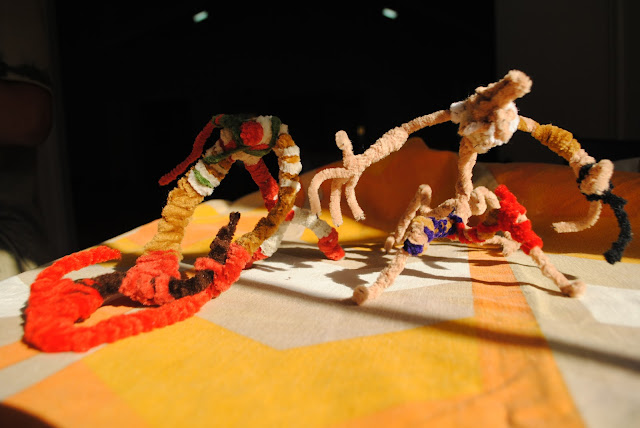 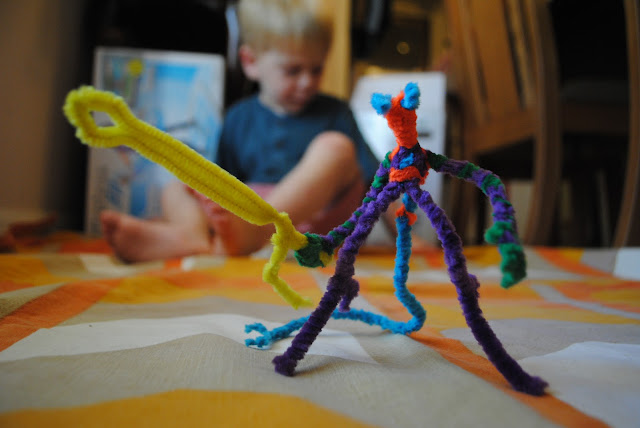 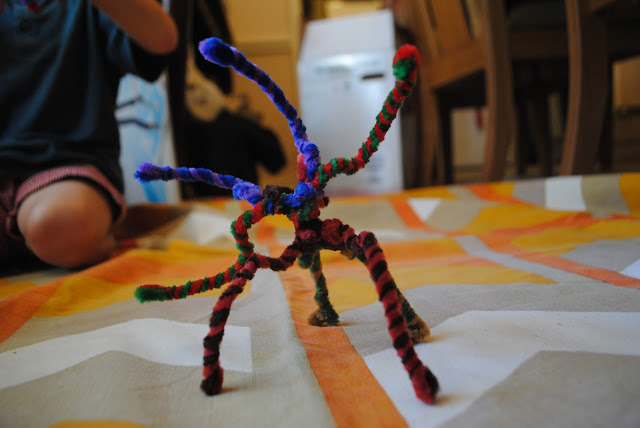 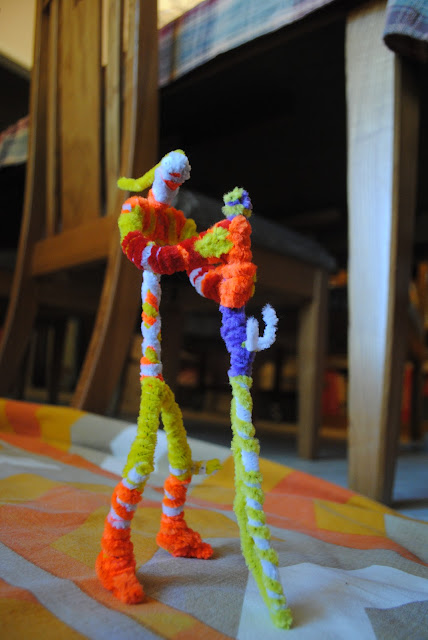 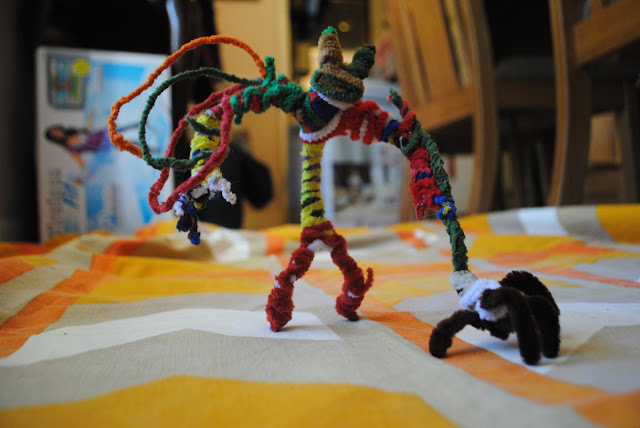 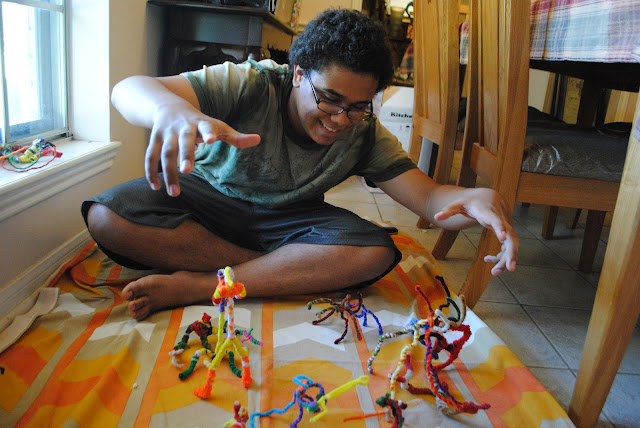 I made him pose like this. Only after I gave him an acceptable explanation.
While setting up his battle I frustrated him to no end. I was "helping" but I kept posing the wrong guys together in fight scenes. I was properly  schooled on who were natural enemies and who were adversaries, to say the least. Won't be so daft next time, whew!