My last bit of childhood has been infringed upon!

It seems like when you blog, interesting things start happening. Or is it that you're just more attuned to noticing the quirkiness of life?
My buddy, Delena and I did a quick sweep through the resale shop the other day. She needed a specific colored shirt and I just came along for the ride because we really don't have fun money anymore. I thought to myself  "At least I can look through the Free Toy bin."
But it was a total WHAH WHAH moment when I got there...... 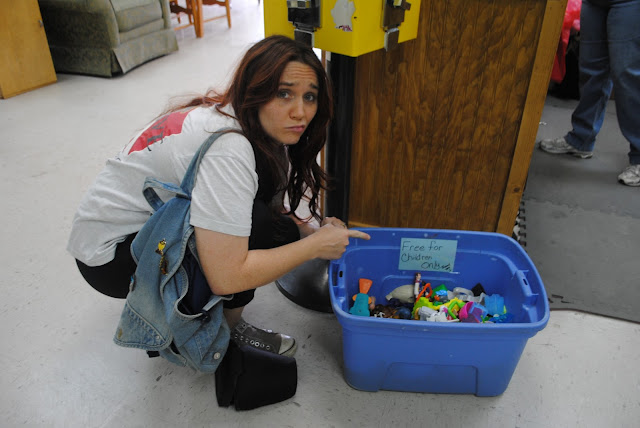 I asked my buddy if she thought  it could possibly be because of me, hoping that she would extinguish my extremely vulnerable feeling of insecurity. She said "Yeah, probably."
True friends just let you deal with those harsh realities, I suppose. 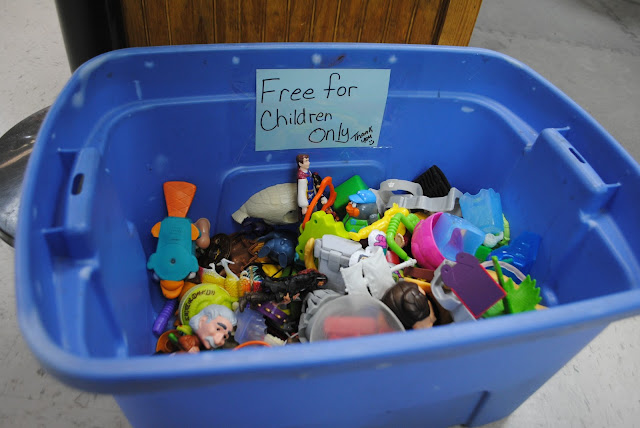 So today I have decided to pay a little tribute to all the wonderful free toys that I have acquired over the years. I just put some of my favorite ones together...... 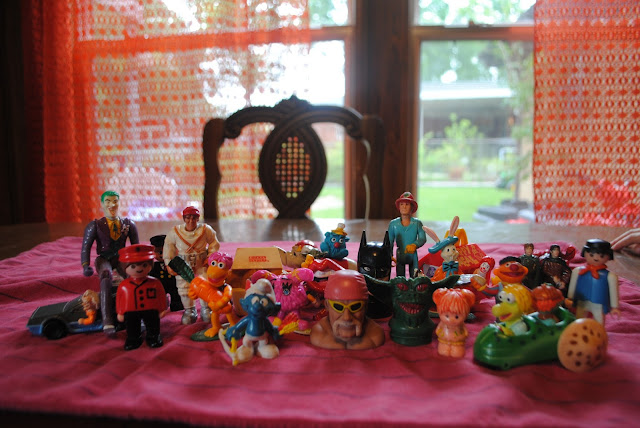 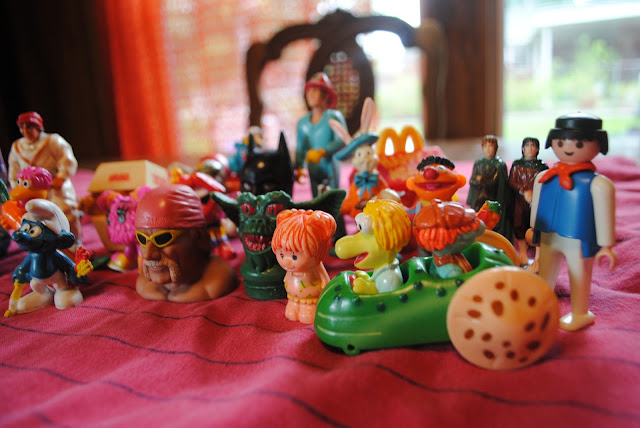 I did take notice of Ava asking me "Can I play your toys?" while setting up. And I said yes :) 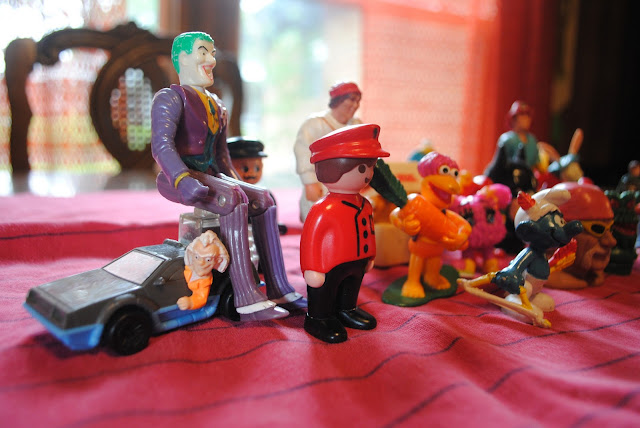 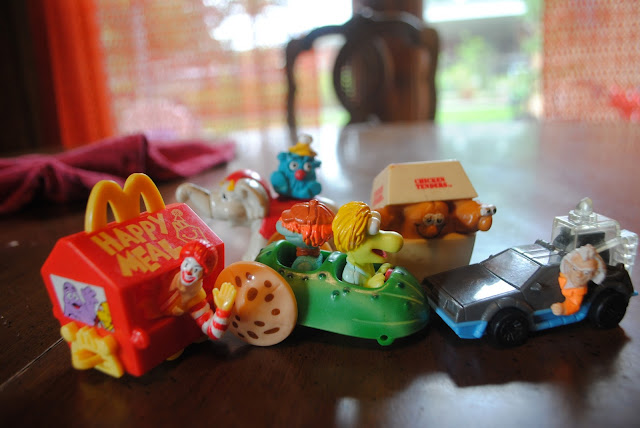 Darn, I forgot to grab the other Fraggle Rock car. It's a radish with Red at the wheel.
Wait, oh yeah. I paid for that one somewhere else so it didn't count. 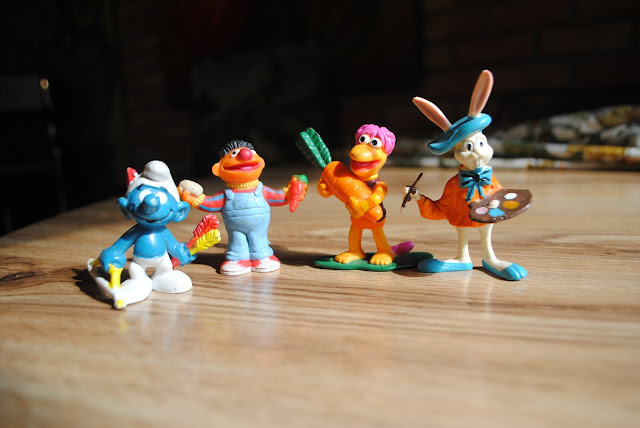 Check out these sassy ladies. The pink McDonald's girl was actually taken the day I saw the new "policy". Last one, I promise!!! But geez! You can't just cut folks off like that, ya know? 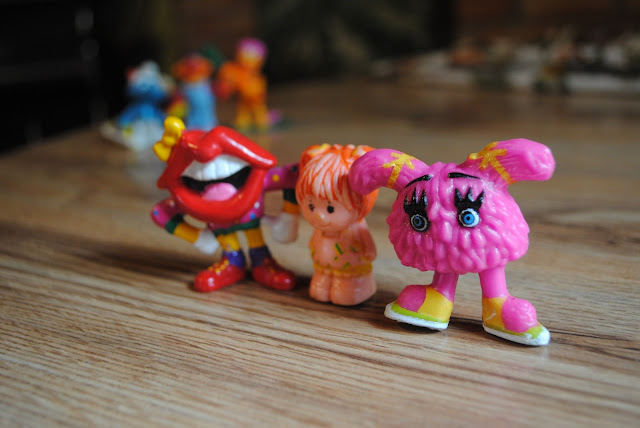 Me and Delena decide which toy represents people that we know from church, he he..... My sister, Coley is the lips because she's a loudmouth. We're not doin it mean spiritedly. We just have a colorful brain. 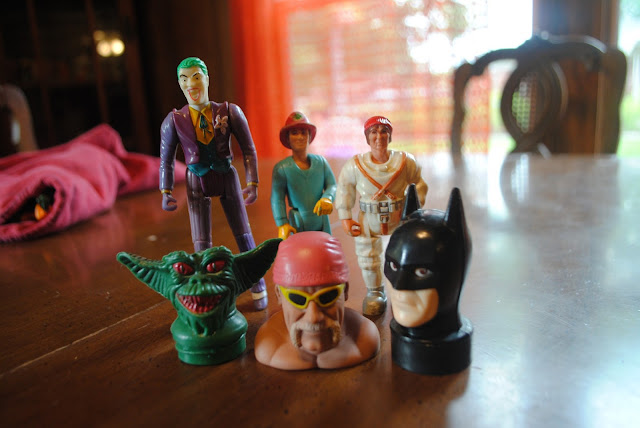 Remember candy tubes with character heads? Michael Keaton Batman head still had it's 1989 candy in it. That is, until Gabe ate them one day. ewwww..... I love those 70's dudes, I shoulda had the middle guy pulled out so you could see his bell bottoms. 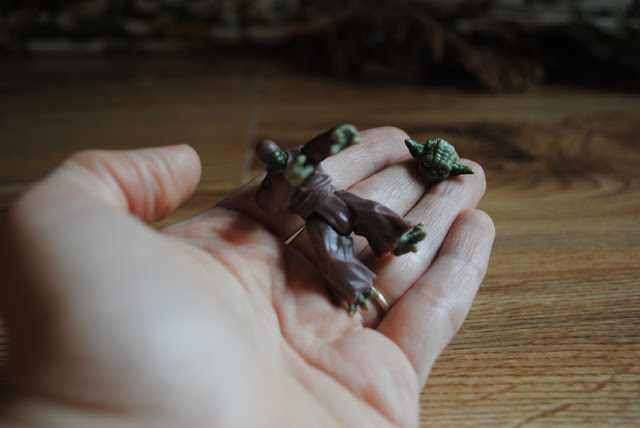 This guy isn't old but he's notable because I found the head first on one trip and waaaay later found the body. If it was body first, obviously I wouldn't have taken it. It just wouldn't be logical. 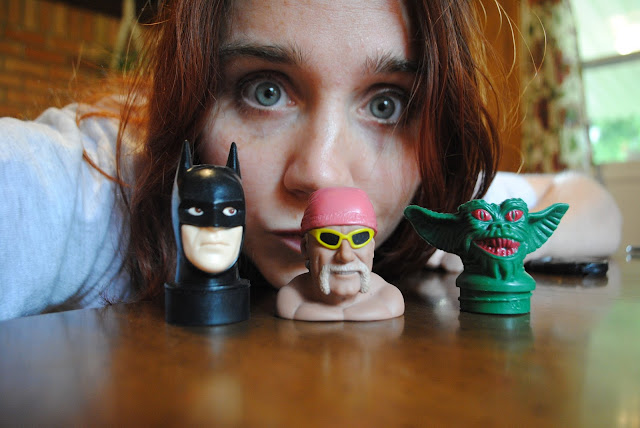 Hope you're out in this pretty, sunny weather :)
And if you're free toy bin hasn't become so anti communism, then pick up a toy in my honor.
Posted by Unknown at 10:59 AM