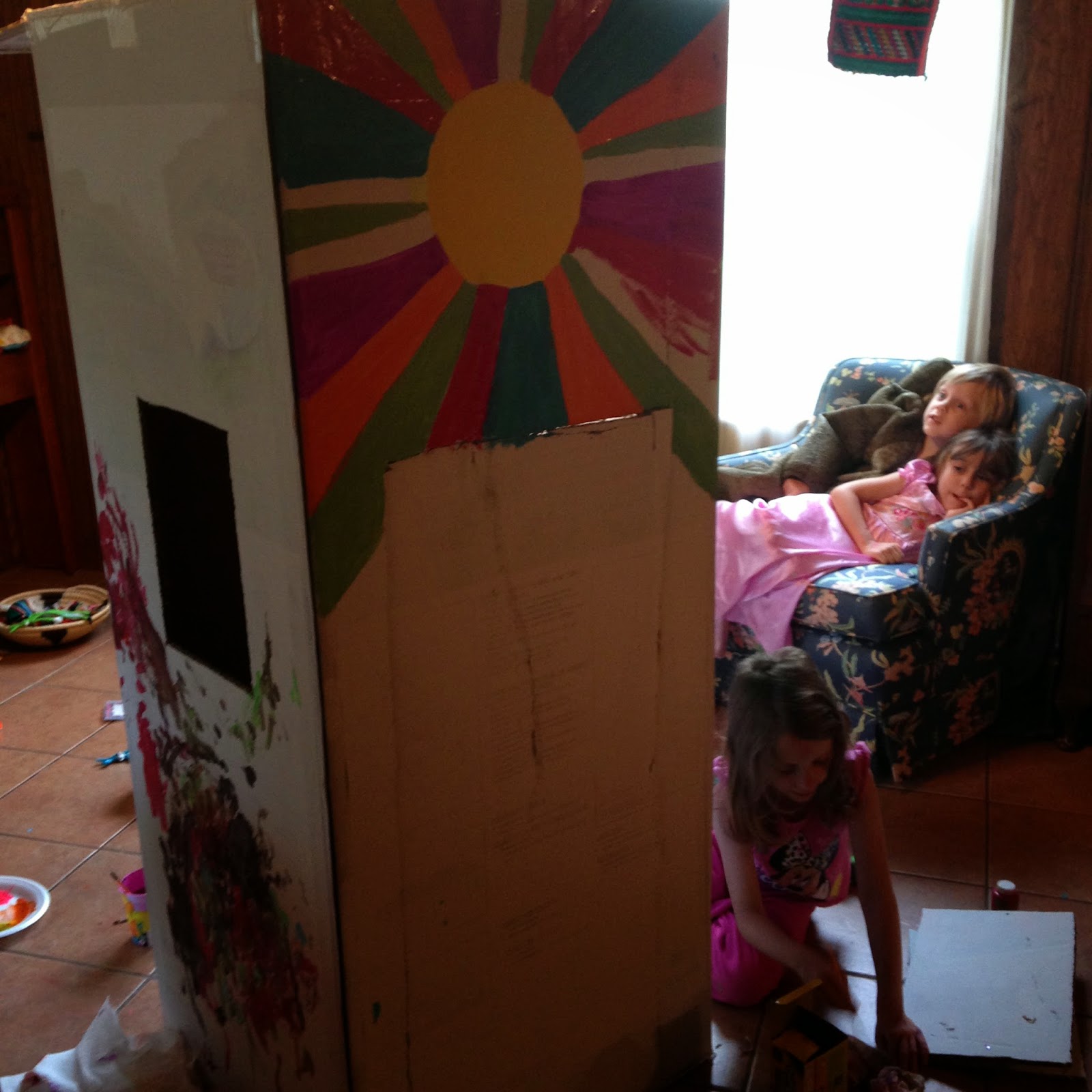 We're stayin close to home this summer and it's all about creating fun and FREE outlets from boredom. The kids will never own another handheld gaming device as long as I've got a say in it (they had a Leapster for a week and nearly killed each other) and there's only so many movies they can watch before good old fashioned mom guilt sets it.
The box castle we all made last week has been a constant source of play.
It's like the kiddie water cooler, they're always gathered around it. ﻿ 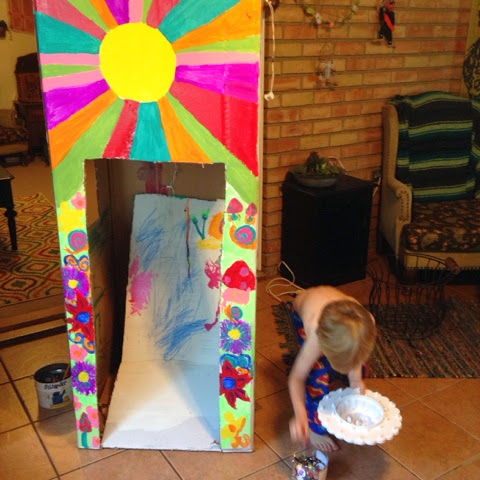 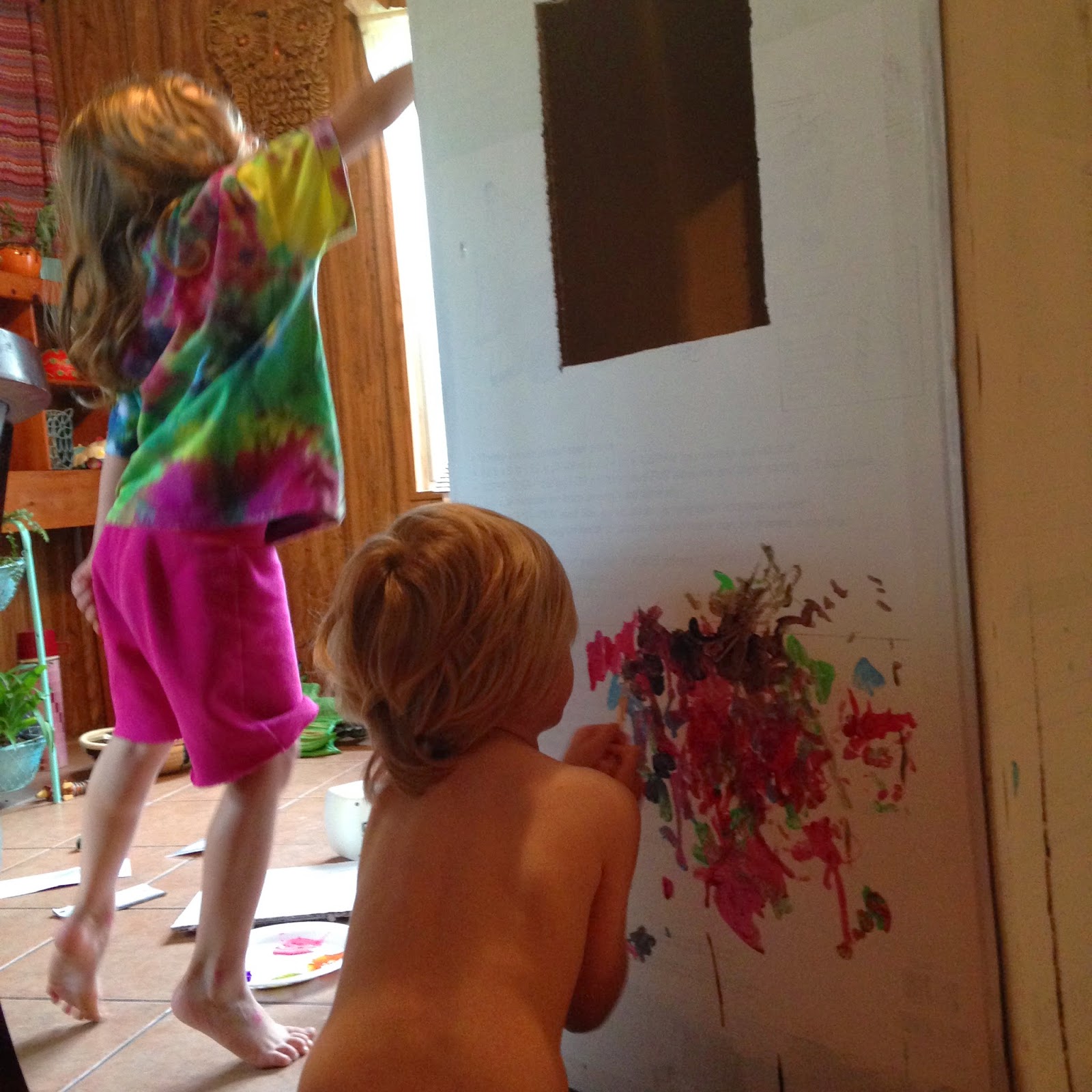 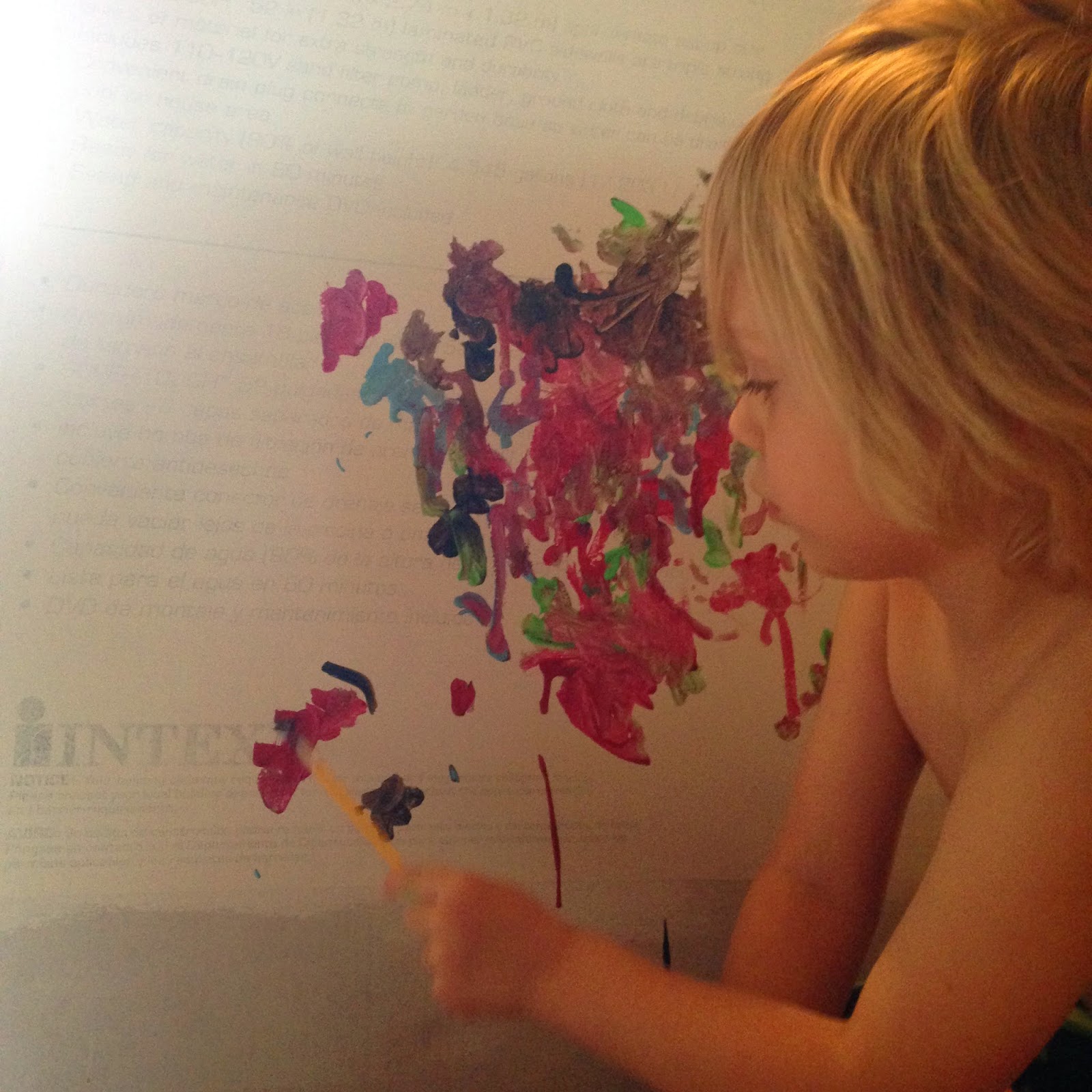 Watching little man work out his artistic expressions has been the best part of it.
He's always been a whirling dervish who's never been keen on sitting long enough to create anything.
It's good to see him settling a bit......﻿ 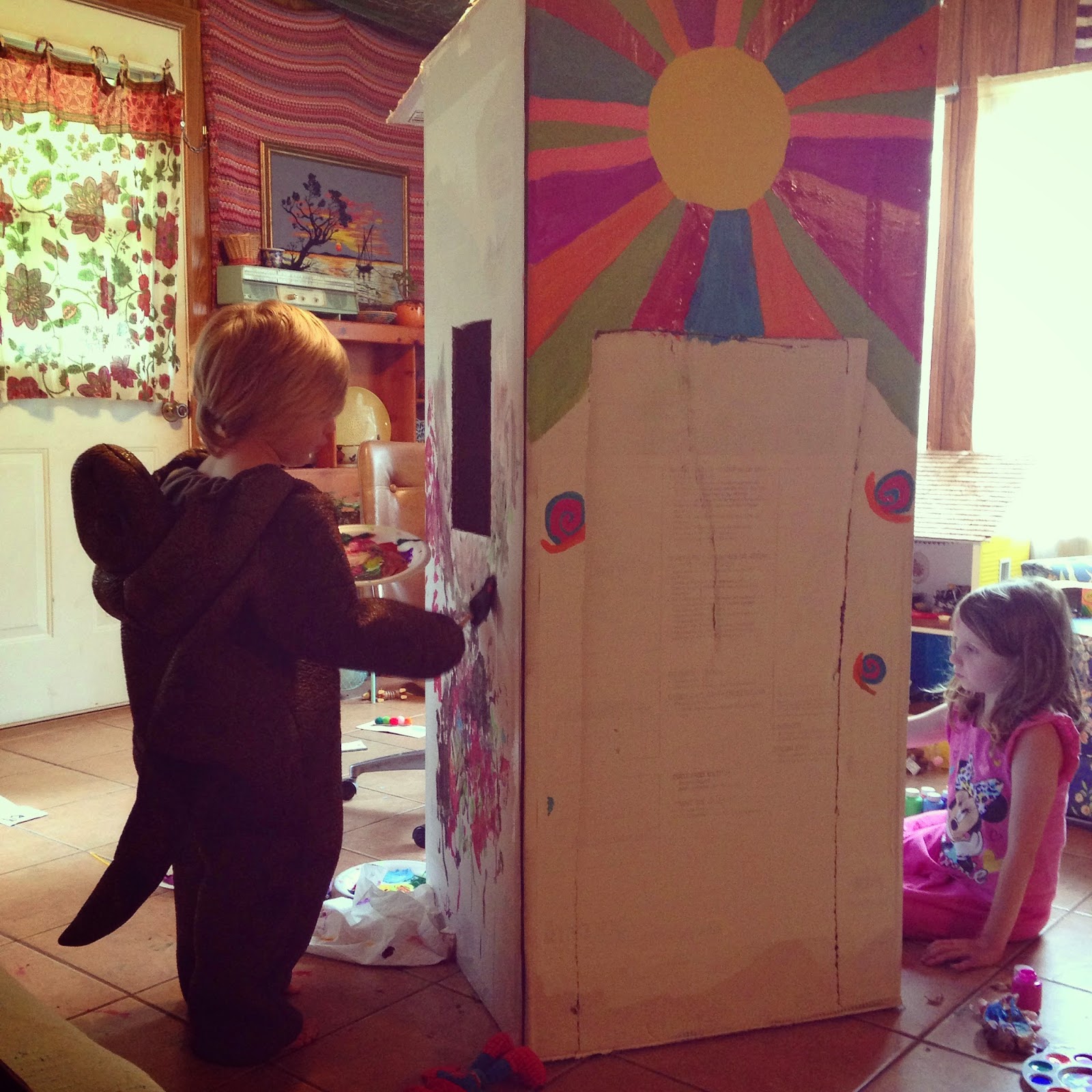 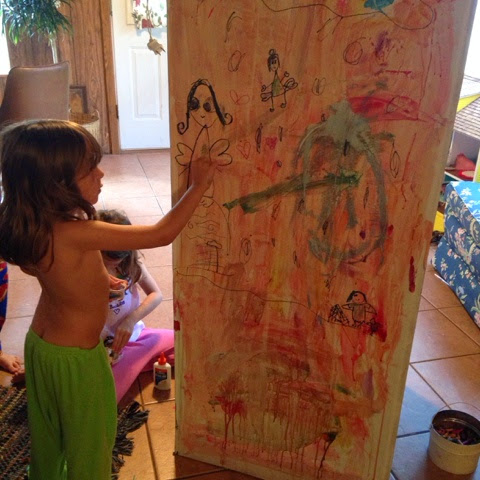 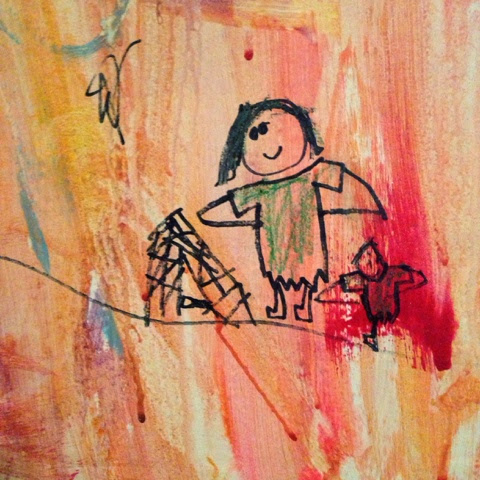 Ava said this is her and a teenager. They're always talking about these mythical teenagers, lately. Remember bein little and standing in awe of teenagers? And then you grow up and realize most of the ones you thought were teens were really like 10 years old? ;) 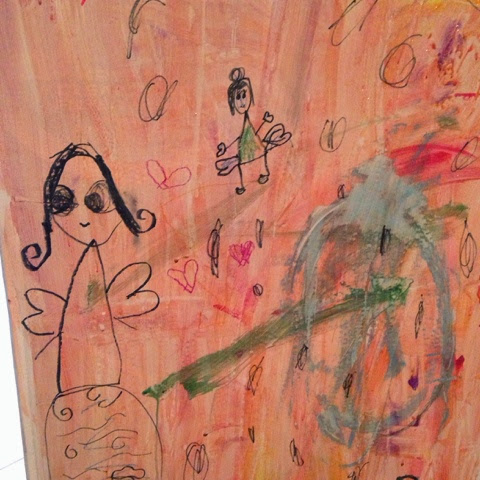