It's been a good bit since I contributed anything to the blogosphere, yeah I know. Life's just been swirlin around doin it's own thing with quite a bit of flair, lately. It's like my life woke up one day in mid January and said "How bout we wear those red, sequined thigh high boots down to the grocery store and stir up a fuss, let's break up this monotony"......
Within the month of February and year 2013 I experienced two of  the greatest most fulfilling weekends of my life to date. I'll just tell ya about last weekend for now...... 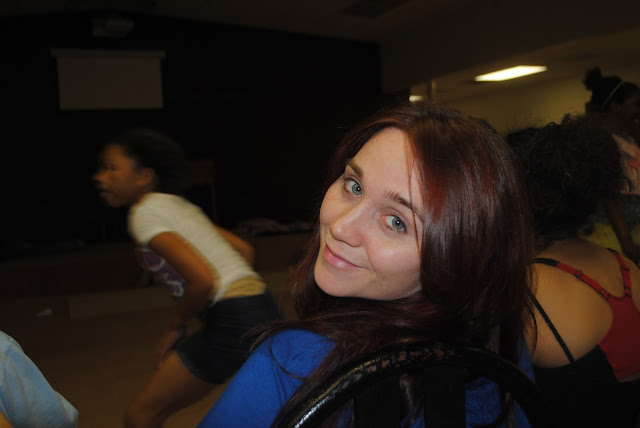 In January I was asked to lead a youth retreat for Save Our Streets Ministries. I was born again and sheltered in the women's home of this ministry so forever my heart cries "YES!" when ANY way to serve them arises. I would clean toilets for this ministry if I lived there still. I would work in the nursery for life for this ministry (and all the Christians said "WHAAA??")
So to be given the honor and privilege of teaching for these young ladies was greater to me than winning a multi-million dollar jackpot. 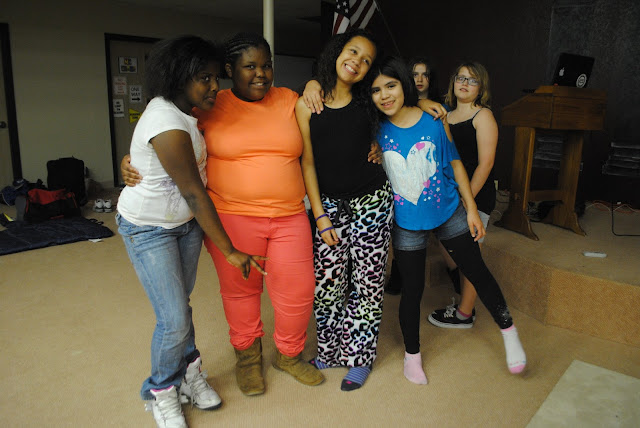 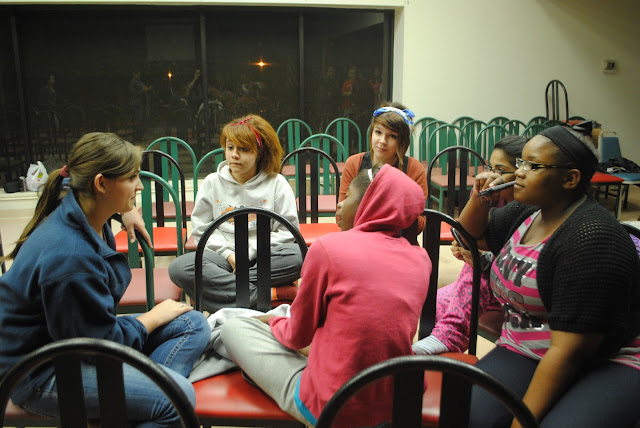 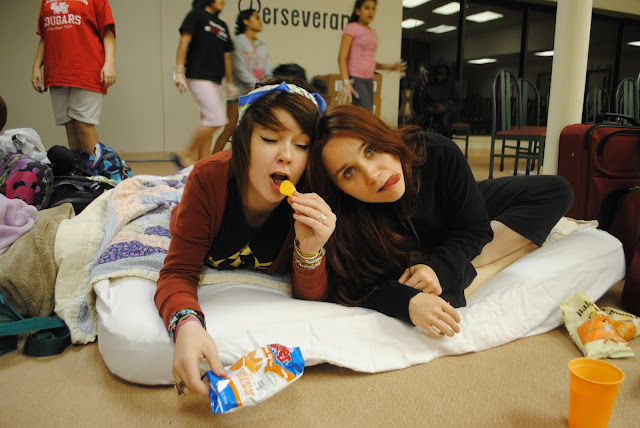 Yep, we slept all in one big room. Turns out 27 young girls=475 adult women.
And 30 year old back on crappy air mattress=78 year old body pains
Add those two sums together to = No sleep 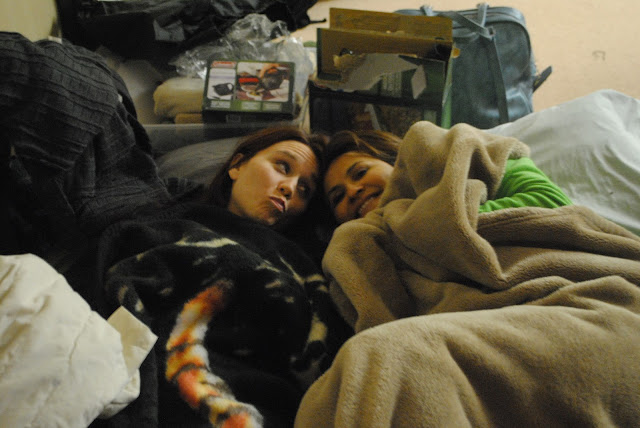 But look.... Here I am sleepin next to the woman who poured into my life when I was just a new baby Christian. The woman who gave me a room in her home without knowin much about me. The woman who believed in me and spoke life and dreams into a heart that quit dreamin around the age of 8.  It was an honor to sleep on the floor with this woman who admitted that she had never slept on an air mattress before on the retreats (about 15 years of em). Never considered bringin one, just slept on the floor with the girls....I need to toughen up, ya'll! It took two girls to pin Carmen in a wrestlin match..... 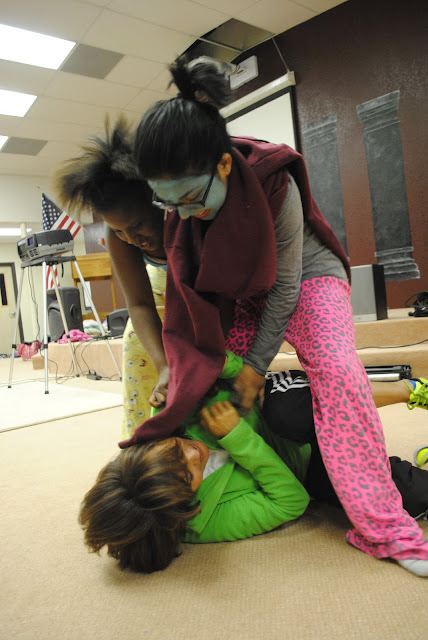 The first night I shared my testimony, the story of my heart's journey from a new lil baby with a clean slate to the hardening of it through rejection and abandonment from my dad, a scattering of sexual abuse, the subsequent promiscuity and heavily numbing drug use. Basically just the death of many parts of my heart when a pain was too much. And lettin my heart die to the possibility of love made it an open house for anger, bitterness and unforgiveness to squat in. I shook my fist at a God who I perceived as cruel and indifferent to the many tough breaks I had received as a kid. And I set my heart as stone against the one who was called "loving".....well, basically I told my story of redemption and of being "washed clean". 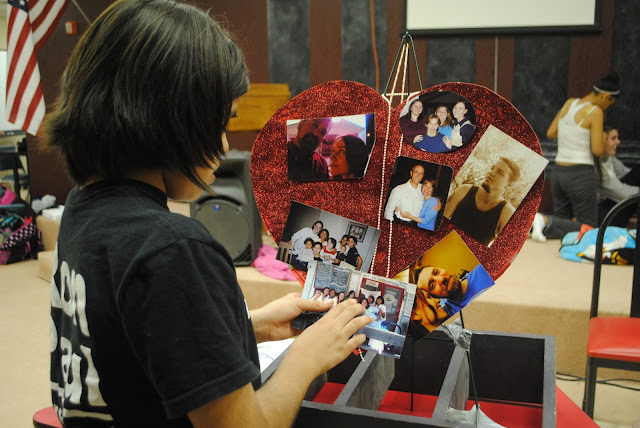 There wasn't a dry eye in that room. And not because of any flowing speech I was givin. Those little girls have been through a personal hell that a lot of us can't even begin to relate to.  There was a lot of justifiable anger and bitterness there. I wouldn't fault one of them for bein angry or closed off.
But God came to restore. He came to make all things new.
And the tears that began as raw, awakened pain ended as tears of release and surrender for many. 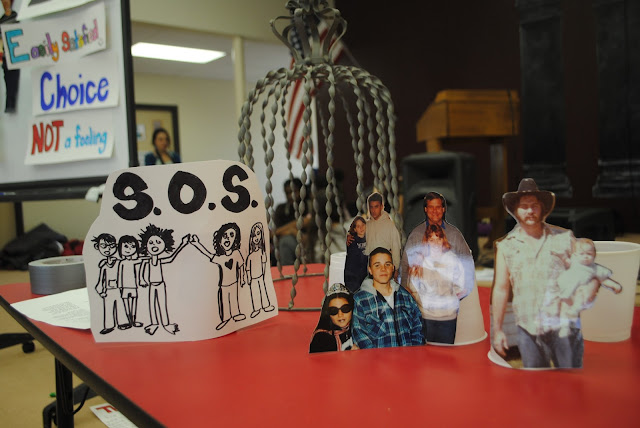 The next day I taught about forgiveness. I shared with them how my bitterness towards my transgressors locked them away in my own personal prison. My hatred was their due punishment, I believed.
Truth is, you can't just hate someone and move on. As long as you bear unforgiveness, that prison you put them in just holds you, too. Stuck right there in the cell with em. 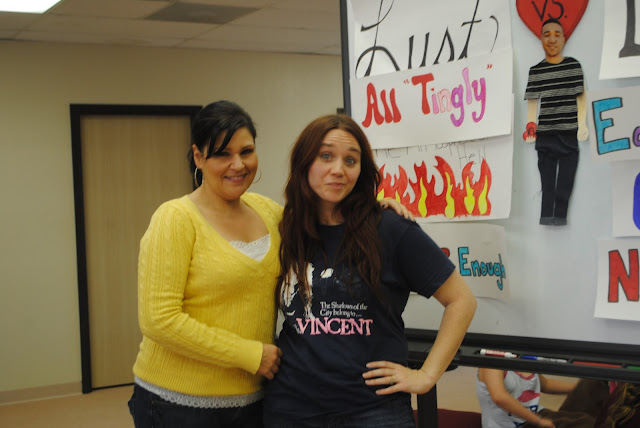 We talked about Love and Lust. How love's aim is to give you something to better you, even at it's own expense. And how lust seeks to take something from you, at your own expense. You'd think these were common sense notions but I know from experience, as a kid if no one tells you these things you really won't know when you're being exploited or used.
So here's this weekends treasure finds... 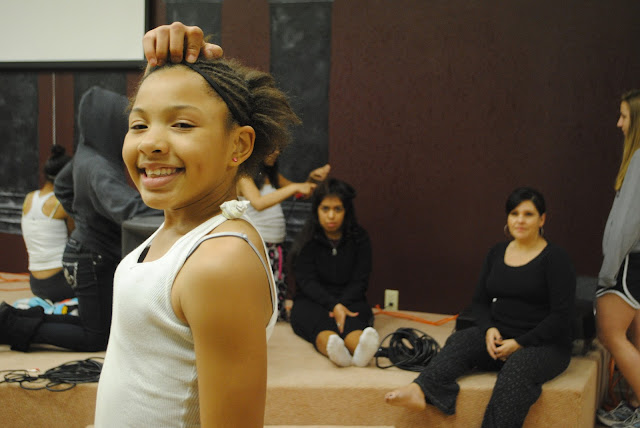 Many girls shared stories of rape and sexual abuse with me in the beginning stages of our weekend. And the very girls who said "I can't never forgive, Miss Laura"  tearfully released their aggressors by Saturday night. And opened the door of their own prisons....those little girls can fly now. 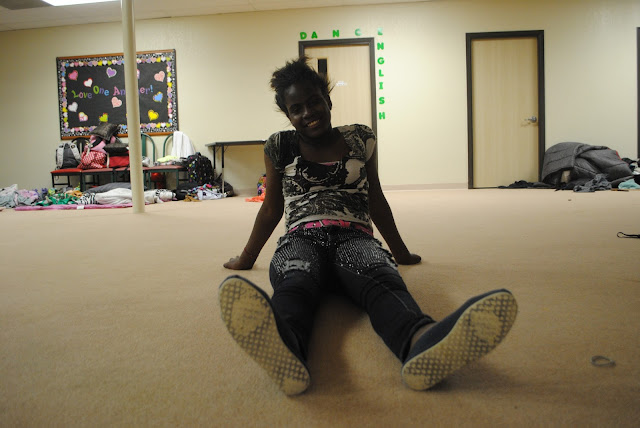 Being a part of such healing is so beyond anything that could be bought or earned. You could search the world out, experience the most exotic or finest it has to offer and never taste it's satisfaction.
I can not say it enough. People are treasure. 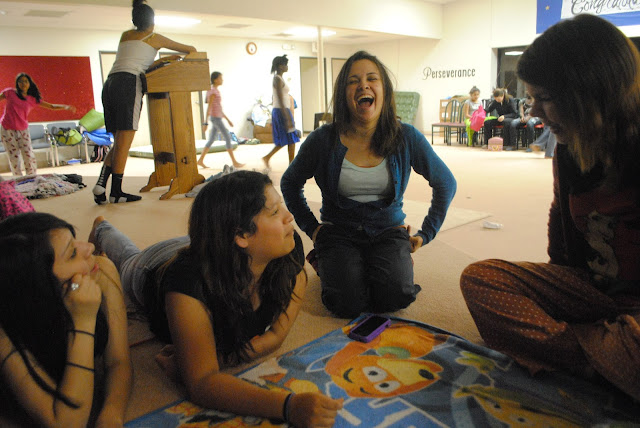 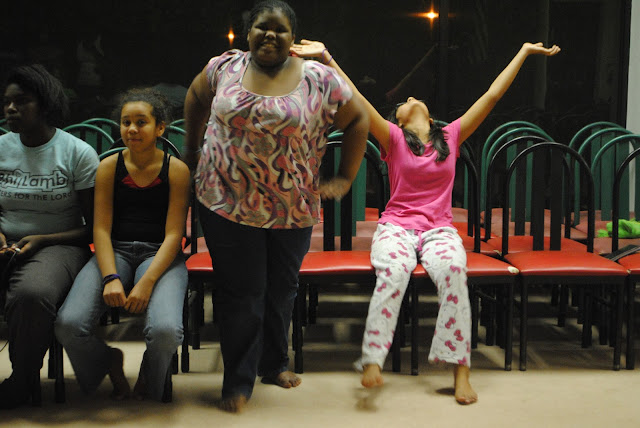 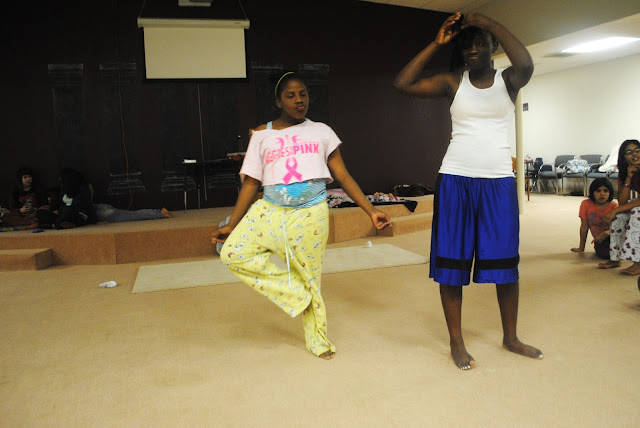 Since beginning this post has taken me 2 weeks to write. I have not given His redemptive love justice in what I have managed to say. And these girl's stories have not been fully told in respect for their privacy but I guarantee you, the details of their lives would leave you wondering what more you could do for girls like them. And a solid empty pit would sit in your heart until you just did anything.
I hope to have a life full of "anythings" for His cause. 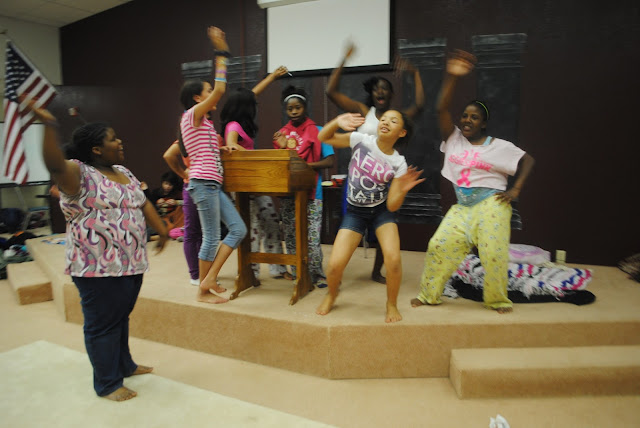 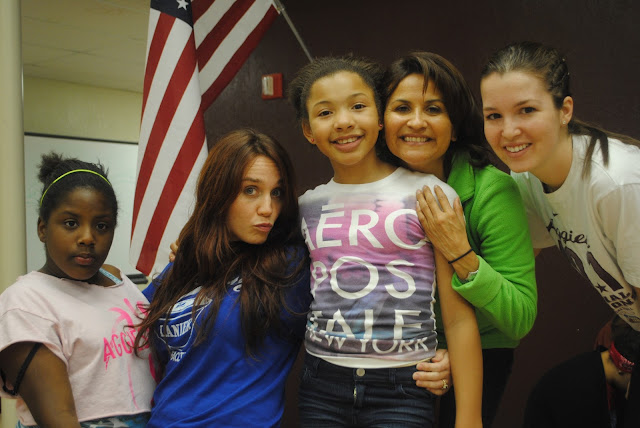 My command is this: Love each other as I have loved you. Greater love has no one than this, that he lay down his life for his friends. You are my friends if you do what I command.
~Jesus 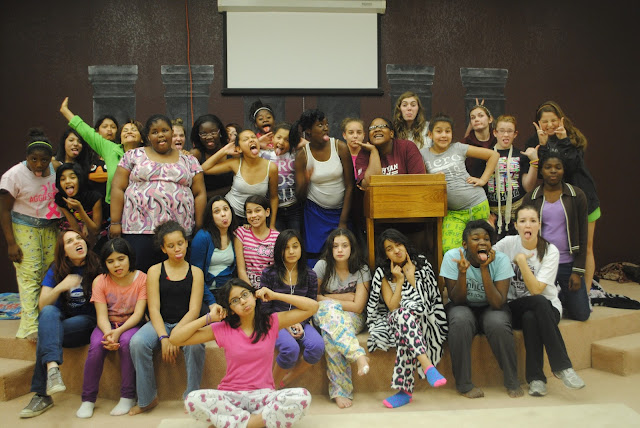